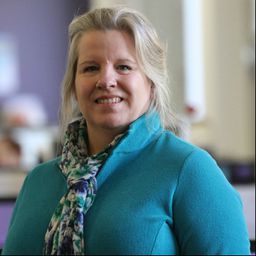 Sheila Voas was permanently appointed to the role of Scotland’s Chief Vet in 2012, having been acting in that role since June 2011.

Sheila Voas joined the Scottish Government in 2007 as a veterinary adviser, and then as deputy CVO, having previously worked for the State Veterinary Service as a field based veterinary officer.

Prior to joining the government services Sheila spent almost 20 years in private practice, in a variety of jobs in the Scottish Borders and the North of England, including 15 years in a mixed practice based between Biggar and Peebles. She qualified from the 'Dick Vet' college at the University of Edinburgh in 1988, having never considered a career other than veterinary medicine.

Married with two sons, Sheila lives in the Scottish Borders near Blyth Bridge, a home which she shares also with three cats – and has a horse in a nearby field.