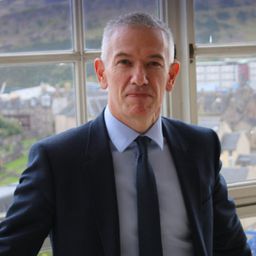 Gregor was appointed Chief Medical Officer for Scotland in December 2020.

Gregor is a GP and former medical director for primary care in NHS Lanarkshire. He began working for the Scottish Government as a medical adviser in primary care in 2012 as part of the negotiating team for the Scottish GP contract, subsequently leading the development of a new quality framework for general practice in Scotland. He was appointed Deputy Chief Medical Officer in 2015, interim Chief Medical Officer in April 2020, and Chief Medical Officer in December 2020. He is the principal medical adviser to Scottish ministers and leads on a broad range of professional activity, where he is a passionate advocate of person-centred approaches to care and widening participation in medical careers.

As a keen runner, cyclist and promoter of physical activity, he believes getting outdoors can help improve people’s physical, mental and social health. He was bestowed a knighthood in the Queen’s New Year Honours list in 2022 for services to public health and is an Honorary Professor of the University of Glasgow.