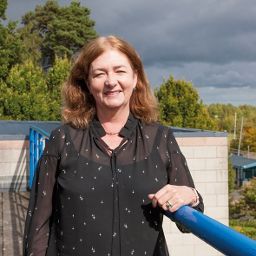 Julie qualified as a veterinary surgeon from the University of Glasgow's Vet School, gained a PhD in mucosal immunology from the University of Bristol and has a Master's degree in Epidemiology through distance-learning from the London School of Hygiene and Tropical Medicine. She became a Fellow of the Royal Society of Edinburgh in 2007, a Fellow of the Royal Agricultural Society of Scotland in 2008 and was awarded an OBE for services to livestock research in 2014. Julie was awarded the Royal Smithfield Club Bicentenary Trophy for contributions to agriculture in 2016 and the Dalrymple-Champney’s Cup for veterinary research in 2018.

She has acted as Vice Chair of GALVmed, a public-private partnership funded by the Bill and Melinda Gates Foundation and Department For International Development, Co-Chair of the Scottish Food Commission and was a previous member of the Board of Quality Meat Scotland. At the UK level, she is currently Chair of the UK Science Partnership for Animal and Plant Health and Chair of the Scientific Advisory Board, as well as being a Non-Executive Director of the Animal and Plant Health Agency. Her personal research focused on infectious diseases of cattle, sheep and goats with particular emphasis on mastitis, welfare and developing countries.