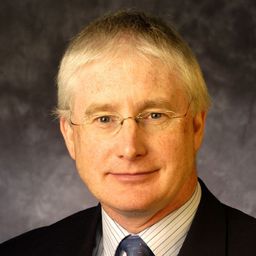 John Connaghan CBE was appointed interim Chief Executive of NHS Scotland in May 2020.

After University John’s working life started in printing and publishing with Wm Collins and Letts.  John has had three different ‘career roles’ firstly in industry, secondly in the NHS and now in the Civil Service. Starting as a management trainee John eventually became General Manager of production for Letts with responsibility for manufacturing plants in Scotland and Long Island USA.

In the late 1980s, John joined the NHS as General Manager for the South of Glasgow, responsible for the Victoria and Southern General.  With the creation of Trusts John held positions as Chief Executive of the Victoria, the Western General and then Fife Acute Trusts.

John joined the civil service in 2006 as Director of NHS Delivery and then as Chief Operating Officer NHS Scotland.  He also filled the post of Director-General Health and Social Care and Chief Executive of NHS Scotland on an interim basis.  In 2017 John left to join the Health Service Executive for Ireland, serving latterly as Director General of the Irish Health Service based in Dublin with responsibilities for £16bn and 130,000 staff.

As part of the Birthday Honours in June 2014 John was awarded a CBE for services to Health.  John fulfils a role as visiting professor for Strathclyde University Business School and relaxes by playing Masters Hockey representing Scotland at the 2016 World Cup in Australia.