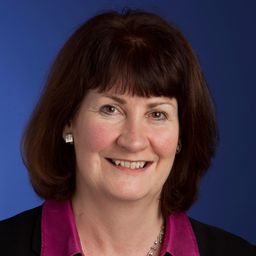 Jenny Stewart became a non-executive director of the Scottish Government in 2022.

Jenny Stewart, FRSA, is an experienced non-executive director in the corporate, charity and higher education sectors.

Her career has included over 25 years in professional services, including management consulting and corporate finance. She is a former partner of KPMG and has worked on advisory assignments in strategy, funding and finance, and organisational and operational change, including in health, local government, economic development, transport and higher education. She previously ran KPMG's public sector and infrastructure businesses in Scotland and was a member of the firm's UK leadership team for infrastructure, government and healthcare.

The early part of Jenny’s career was spent in policy in Whitehall, including a secondment to the European Union in Brussels, followed by two years in the Scottish Office.

Jenny is currently a Non-Executive Member of Court at the University of St Andrews and Chair of the Dunedin Consort classical music ensemble. She was previously a non-executive member of the UK Remuneration and Nominations Committee of KPMG LLP and non-executive director at the David Hume Institute, the Royal Lyceum Theatre in Edinburgh and Volunteer Scotland.

Jenny is a past member of the CBI Scotland Council. She has also recently been part of Business in the Community in Scotland's Inclusion and Diversity working group and was a member of the Business Leaders Advisory Group on the Scottish Business Pledge, promoting a range of responsible business practices.