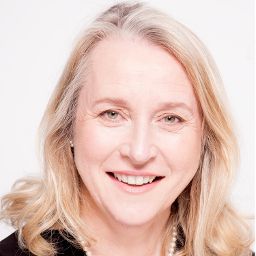 Fiona Ross became a non-executive director of the Scottish Government in 2019.

Fiona Ross is an experienced public and private sector chair and non-executive director.

Fiona was appointed by the Irish Government to chair Córas Iompair Éireann (CIÉ), Ireland’s public transport provider. She also served on the board of the Irish Health Service Executive (HSE) for two years and left when appointed by the Minister for Health in August 2021 to chair the National Pediatric Hospital Development Board.

She was appointed by the UK Government to serve on the board of Network Rail in May 2020. Fiona also works as an advisor to the Mayor at Bristol City Council. She has Central Bank of Ireland authorisation (UCIT and MIFID) and serves as a non-executive director at JK Funds, Tilney Smith and Williamson Europe (where she chairs the Audit and Risk Committee) and SphereInvest.

She began her career as a stockbroker in the City of London and spent 25 years working in all areas within capital markets in Dublin, London, Eastern Europe and the United States.

In 2010, Fiona was appointed by the Minister for Arts to run Ireland’s National Library, where she successfully served two terms as Director/CEO. Following this, she continued her interest in the arts and joined Heaney as a non-executive director of the Heaney literary estate.