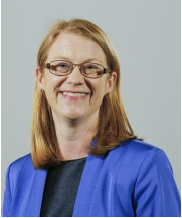 After months of Parliamentary consideration and debate, the Social Security (Scotland) Bill was formally enacted on 1 June 2018. This gave the Scottish Government and Parliament the authority to make legislation and deliver the social security powers devolved by the Scotland Act 2016.

The Social Security (Scotland) Act 2018 enables the Scottish Government to establish a new social security system better targeted at Scotland with dignity, fairness and respect at the heart of everything we do.

This report provides a progress update from Royal Assent until the end of March 2019. Much has been done in that time but we are not complacent and recognise that much more remains to be done. Over the next few years, the Scottish Government and Parliament, working with Social Security Scotland, will be driving forwards plans for delivering new disability assistance, redesigning the application process and reforming the parts of the current system which cause the most stress, anxiety and pain.

I am grateful to stakeholders for the support and assistance they have provided in delivering our new benefits and look forward to working with them further over the coming years and months to create a new system, designed to better meet the needs of the people of Scotland.