The purpose of the data comic is to heighten awareness of the survey and to increase survey participation. It will extend the audience of the survey results beyond stakeholders and academics to include young people in secondary schools and people in Scotland.

The comic was illustrated by Katie Quinn. The comic is an output from the project "Visualizing Inequalities", funded through an EFI Research Award given to Benjamin Bach Catherine Magill, Ewan Klein and Dave Murray-Rust, University of Edinburgh. 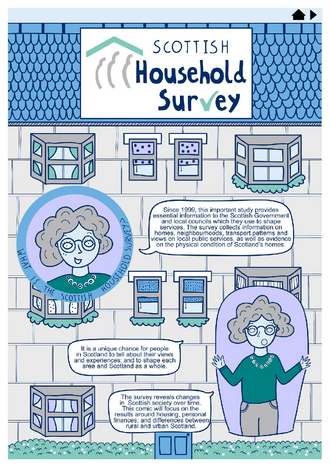