This document accompanies the Scottish Government’s third annual update to Parliament on its support for our veterans and the Armed Forces community in Scotland since the last update in September 2018.

We also saw the publication of the Veterans Strategy in November 2018, the response for which will be published soon. In Scotland the Scottish Government has consulted extensively about how we take the themes of the Strategy forward over the next 10 years and I am pleased that it gives us a clear way ahead; working collaboratively with our partners in the sector.

I am now in my second year as Veterans Minister, and my focus very much remains on making sure that veterans and the Armed Forces community are receiving the best possible support and care. I continue to take a cross Government approach to this, working closely with my Ministerial colleagues who have responsibility for key policy areas such as health, housing, social isolation and employment and skills. We are starting to see a positive change in the narrative in the way that veterans are perceived more widely, and it is my priority that in addition to making sure that the support is there for those who need it, Scotland recognises the value and contribution the vast majority of veterans make to their communities. I am also keen that we continue to work with Armed Forces families to recognise the crucial role that they play in transition and beyond.

The first annual progress report from Charlie Wallace in his role as Scottish Veterans Commissioner was published in June 2019. His independent assessment looked across his predecessor’s 63 recommendations made over four, in-depth, themed reports and considered how well the Scottish Government and its partners were delivering against these. I was pleased that his analysis showed tangible successes in a range of areas, but I know we can still do more to improve delivery of and access to services for our veterans.

The Commissioner has now established his priorities going forward and has identified Transition as the central focus to his work over the next few years. An introductory paper which will set the scene for a series of thematic papers published at the end of November. These papers will broadly mirror the six key themes and 2028 Outcomes of the Veterans Strategy.

This report therefore broadly mirrors the themes of the previous reports from the Commissioner and the Veterans Strategy. It contains chapters looking at health, housing, employability and skills, education as well as broader support, setting out progress since my last update.

I am encouraged by developments this year and we have seen some real outputs that make a difference on the ground to the Armed Forces community. In particular I would highlight; the range of projects supported through the Scottish Veterans Fund in 2019-20 and our commitment to supporting the Fund over the next three years; funding through the Scottish Funding Council to continue the work of the Scottish Credit and Qualifications Framework Partnership to map military qualifications against those which are recognised by employers in Scotland; and the guidance for practitioners responsible for certifying people as sight or severely impaired to signpost veterans to the free services and support provided by Scottish War Blinded. As we move forward I am committed to improving the lives of Service personnel, veterans and their families in Scotland. 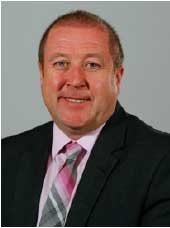