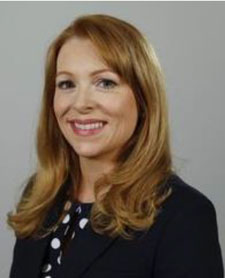 The Expert Group published a report of its findings and recommendations on 28 June 2019. The report is aimed at improving access to justice for the public and consumer interest, the interests of the professions and providers of legal services; and the interests of the Scottish economy and is available at

Promoting the use of mediation in the civil justice system has been an issue of discussion for some time, and was part of the Scottish Government Making Justice Work programme in 2013[1] that developed and delivered a number of improvements in the justice system. As part of that programme of work, a comprehensive review of the range of mediation operating in Scotland was undertaken and research conducted to understand why people choose different routes to resolve their problems. This was very helpful information. While the benefits of mediation were widely acknowledged the best route forward was more challenging, particularly given the range of reforms to the justice system that were underway.

The justice system has undergone further change in the last few years and the time is right to re-examine how best to embed the use of mediation in the civil justice system. The proposals for a review by Scottish Mediation were both well timed and very welcome.

The review also provided an opportunity to consider the issues raised in the Justice Committee report "I won't see you in Court"[2] which was published in October 2018 and Martyn Evans' review into legal aid provision in Scotland "Rethinking Legal Aid", published in February 2018[3].

Further evidence that momentum is building towards mediation reform is the publication of a consultation for proposals for a Private Members Bill on aspects of mediation by Margaret Mitchell MSP.[4]

The Expert Group report makes 27 recommendations, including a presumption to attend a Mediation Session, the establishment of a case management function within an 'Early Dispute Resolution Office' and a recommendation for a Mediation Act. These proposals are aimed at "normalising" mediation within the civil justice system in Scotland and highlight structural and cultural challenges that should be overcome.

In making these recommendations, the report was clear that "Mediation is a tried and tested process for resolving disputes. It is relatively quick, informal, and cost‑effective. It gives parties control over the process and can result in solutions that better meet their needs than the court process can. It can also provide wider benefits, both to the parties and to society and the economy."

Whilst the Expert Group report is an in-depth report; and Margaret Mitchell's consultation has added to the debate, I am clear that this matter needs to be dealt with on a whole system approach and that to normalise Mediation in the civil justice system in Scotland, there needs to be systematic reform in a number of areas to overcome the structural and cultural challenges identified in the report. The Scottish Government will give careful consideration to Margaret Mitchell's proposed Bill if and when it is formally introduced into Parliament.

The Expert Group report contains a number of interesting and evidence based propositions. The Scottish Government considers that there are a series of questions arising out of that report that require to be resolved before legislation should be brought forward and to that end we consider it is necessary to expose those matters in a public consultation to gather views as well as bring together representatives from delivery bodies to understand the implications of the proposals before making decisions about reform.

Whilst I will continue to listen to the evidence, I am highly sceptical that mediation should be used in cases involving domestic abuse, sexual violence or gender based violence.

I will issue a public consultation to seek the views of the general public, key stakeholders and other interested parties on the proposals for increasing the consistency and use of Mediation within the civil justice system in Scotland during 2020.

I would like to record my thanks to John Sturrock QC and Alun Thomas, Chair of Scottish Mediation and the members of the Expert Group for their full and comprehensive report and to Margaret Mitchell MSP for her contribution in this area.

Both pieces of work have made a significant contribution towards stimulating public discussion and conversation towards "normalising" the use of Mediation in the civil justice system in Scotland and I look forward to testing with the people of Scotland what measures will be required to make the Expert Group's vision a reality.