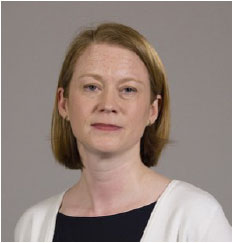 The vision for a Fairer Scotland has been at the heart of our social security policy from the very beginning. I now have the privilege as Cabinet Secretary for Social Security and Older People to lay the regulations in the Scottish Parliament for our new Funeral Expense Assistance (FEA), which has been developed with this vision in mind.

Arranging a funeral can be hard and if how to pay for it is also an issue then the experience can be overwhelming. Delivery of FEA by summer 2019 is one of 10 actions in the Scottish Government’s Funeral Costs Plan. The plan aims to help people who are struggling with funeral costs and a number of actions in it involve working with partners to improve funeral affordability.

However, FEA is especially important as it will allow the Scottish Government to provide improved support directly to those who need it most at the point of bereavement. It will provide a one off payment to support people on lower incomes who are struggling to pay for a funeral with a contribution towards these costs.

I welcome the opportunity to respond to the points raised during the consultation on FEA draft regulations, which ran between 17 May and 23 August 2018, to explain the changes that have been made to the policy.

The consultation on the draft regulations for FEA built on significant engagement with stakeholders and people with experience of the current system which has been underway for over two years. Involving a wide range of organisations and individuals from the beginning means we have been able to draw on their wealth of knowledge and experience, and is in keeping with the social security principles. In particular:

The consultation responses have helped us to make final policy decisions and have informed the development of IT systems and processes which are needed to make FEA a reality.

I would like to thank everyone what has taken the time to submit their views in response to the recent consultation and throughout the journey to develop FEA.