The Scottish Government wants Scotland to be a more successful and fairer country, with opportunities for all to flourish. To do this we need a strong economy. A vibrant, fair and inclusive labour market is a key component of achieving this.

International evidence shows that inequality has a negative impact on long-term growth and prosperity. The OECD estimate that rising income inequality in the UK reduced GDP per capita growth by 9 percentage points between 1990 and 2010. [1] Creating a fairer society is not, therefore, just a desirable goal in itself, but is essential to the sustained, long-term prosperity of the Scottish economy.

That is why I am publishing this Labour Market Strategy, as an integral part of our Economic Strategy, to outline in more detail how our approach to the labour market will help to drive inclusive growth. The labour market is the beating heart of our economy and Government, employers, employees and trade unions must work together to ensure it remains healthy, strong and resilient now and in the future.

The Scottish Government has shown its commitment to a different and more inclusive approach to the economy. It is an approach supported by a growing body of evidence which shows that countries with more equal societies typically enjoy stronger, more sustainable growth over the long run. Our focus will be on creating more jobs, better quality jobs and jobs that work for every individual in terms of skills, pay, security, and prospects.

We are starting from a solid base. The Scottish economy is strong, wealthy and productive. We have 65,000 more people in employment than we did compared to the pre-recession high. However, having weathered the economic and financial crisis, we now face further uncertainty going forward.

The outcome of the EU referendum, the difficult global conditions and the persistent underlying challenges in our labour market continue to weigh on businesses and their prospects for growth. We have made clear our commitment to protecting Scotland's relationship with the EU, and the economic prosperity, social protection and influence it provides. The Scottish Parliament made its position clear in June when it voted overwhelmingly to support us in this task and the First Minister has taken steps to ensure that this position is heard within the UK and the EU.

We also recognise that the shape and makeup of the labour market has changed significantly following the recession and real wages and actual hours worked still remain below pre-recession levels. Since the recession, we have seen increasing numbers of people in work which can offer lower levels of stability and security, such as the inappropriate use of zero-hours contracts. These are jobs which tend to offer workers little financial security which can limit their ability to plan for the future. While Scotland does perform better than the rest of the UK in many of these indicators, we must create an economy that works for everyone.

This is why we must take stock and redefine the strategic direction for our labour market.

We would undoubtedly be better able to address these challenges in a manner which would meet Scotland's needs if we had the full set of powers around employment law, as the Scottish Trades Union Congress ( STUC) has called for, as well as around tax and social security. And it is something we will continue to press the UK Government for. For now, we will look to achieve as much as we can with the powers we have at our disposal.

This has to be a collaborative effort, building on the Scottish Business Pledge and the Fair Work Convention, and my approach to this task has been an inclusive one. At the outset of the process I wrote to the Convener of the Scottish Parliament's Economy, Jobs and Fair Work Committee and all of the opposition party spokespeople to invite them to provide me with their views and we have sought contributions from a range of businesses and employers in the private, public and third sectors, as well as from the STUC.

In the immediate period, our focus is on providing reassurance and stability so that we minimise uncertainty in the Scottish economy and mitigate impacts from the EU referendum on the labour market. To do this, the First Minister has set out a Capital Acceleration Programme with an initial £100 million to support a package of stimulus measures to boost demand, support jobs and reduce the risk of a slowdown.

Beyond this, our priority is to put in place a framework for the long term which will help deliver our mutually supporting ambitions of tackling inequality and boosting competitiveness in a way which is responsive and adaptable to future changes. We want to do this in a way which recognises that success will also bring wider benefits in terms of improved physical and mental health and in tackling in‑work poverty.

This Strategy sets out an ambitious vision and a framework to guide our approach to the labour market. The actions set out within it are just the start. Our approach will be dynamic and responsive to the shifting economic context and will evolve over time, informed by evidence and overseen by a new Strategic Labour Market Group.

This Group will draw its membership from business, employers, trade unions, education and skills representatives as well as academia and other experts to advise Ministers on current and future labour market issues. It will engage partners in an ongoing dialogue and will inform and advise on how best to deliver our vision as new challenges emerge, to create a labour market that works for everyone. 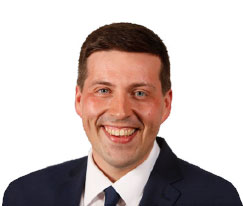