Foreword by Cabinet Secretary for Finance and the Constitution 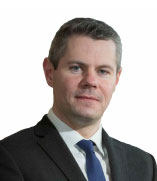 As we prepare to set Scotland’s Budget for 2018-19, the time is right for a debate about how we finance our public services and grow our economy.

This Scottish Government has worked hard to protect individuals, public services and the economy from the impacts of austerity. We have supported our public service and protected our distinct social contract. Last year we prioritised investment in public services over giving a tax cut for our highest earners, and in the last few years we have invested hundreds of millions of pounds in mitigating the impacts of welfare reform.

However, we now face a critical challenge. The UK Government’s apparent determination to continue with austerity, coupled with the real risk of a hard Brexit, puts our economy and public finances in jeopardy. By 2020, the Scottish budget will have faced a decade of cuts – a £2.9 billion cut in real terms since 2010 – coupled with cuts in the capital budget, and with further cuts expected in the coming years.

This means it is time for the Government, Parliament and Scotland’s people to explore alternative approaches and, in particular, consider whether now is the time to use our limited tax powers differently.

Decisions on income tax are, and should be, passionately debated. They are one of the key responsibilities of any Government and Parliament.

The Scottish Government has always been clear that we must make these decisions in a principled and transparent way. A key principle, borne of Adam Smith, is that taxes should be proportionate to the ability to pay. In the present context, that means that we must ensure that those least able to pay are not shouldering the burden of austerity.

Another cornerstone of the Scottish approach to taxation is engagement with our people, communities and businesses. Taxes do not just support public services, they also allow the Government to support business and encourage growth through economic development, skills investment and major infrastructure. So everyone is a stakeholder. That is why we want to encourage debate, not just in Parliament but also in businesses and communities across Scotland.

Another key principle is one of certainty. With Brexit continuing to undermine confidence in the economy, we recognise the importance for people and businesses in Scotland of certainty over income tax and hope this debate can take a longer term approach.

We must also acknowledge our position as a minority Government. If all parties stick rigidly to manifesto positions it will not be possible to pass a budget. This means we must work together across Parliament to pursue consensus in the national interest.

The Government enters this debate with an open mind and with Scotland’s people and our economy foremost in our considerations. I hope this paper will inform an open discussion on the direction of income tax in Scotland, and ensure that the decisions that Parliament makes enhance Scotland’s reputation as an attractive place in which to grow up, live, work and do business.

Cabinet Secretary for Finance and the Constitution