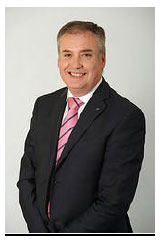 Scotland's seas are extraordinary, and we are only just starting to get to know what is in them and how much we rely on them.

Our seas provide indirect and direct services, such as providing nurseries and feeding grounds for species critical to the marine ecosystem many of which are commercial stocks. Kelp and seagrass forests and offshore reefs help reduce the impacts of storms by acting as a physical buffer. Healthy seas also assist in protecting us from climate change. So it is important not just to protect rare, threatened or declining, or nationally representative species and habitats for their own sake, but also for these benefits we take for granted.

I want the protection of these services and Scotland's marine environment to mean something. Protecting rare, representative and productive species and habitats on the basis of sound science means we can keep on getting these benefits and enjoying the rich diversity of life in the waters around us.

Since 2007 we have had much more of a focus on marine conservation. We have been able to protect important marine habitats for seabirds. Special Areas of Conservation in Scottish offshore waters have been designated, of which we now have 11, where one is the largest in Europe. Before 2007 control of our seas did not extend further than 12 nautical miles, nor did we have community-led protected areas.

And the Marine (Scotland) Act in 2010 delivered new powers to protect other habitats and species of national and international importance through the designation of Marine Protected Areas, or MPAs.

We are working hard to achieve a well managed MPA network by 2016. The next step is to go to consultation on a number of proposals, and we aim to time this with the consultations on the draft National Marine Plan and draft sectoral marine plans for offshore renewable energy.

MPAs can also add to the protection of Scotland's outstanding marine cultural heritage through Historic MPAs, for example, providing a more flexible mechanism than is currently available to protect historical shipwrecks of national importance. Historic Scotland [1] is identifying Historic MPAs to deliver another part of the Marine (Scotland) Act.

This Report to the Scottish Parliament on progress on the development of a Marine Protected Area ( MPA) network for Scotland, is required under Section 103 of the Marine (Scotland) Act 2010 and Section 124 of the Marine and Coastal Access Act 2009, and has been laid in the Scottish Parliament. It reports on which sites are currently included in the network and outlines progress on Nature Conservation MPAs, Historic MPAs, and Demonstration and Research MPAs.

Finally I would like to take the opportunity to thank everyone who has been involved in the last two years to get to where we are today. I look forward to continuing to work with all of you as we move towards designation and management of Marine Protected Areas.

Our ecologically coherent MPA network will significantly contribute to the Scottish Government's efforts for clean, healthy, safe, productive and biologically diverse oceans and seas, and will, I believe, deliver for the environment as well as for the people of Scotland.