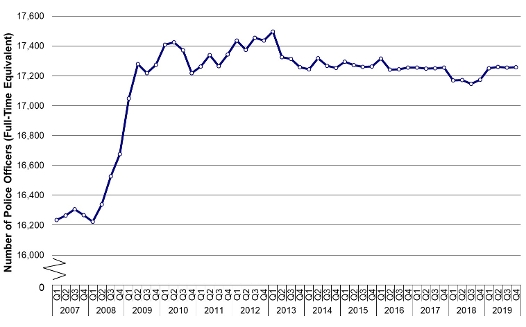 The statistics in this release are based upon quarterly returns made by Police Scotland to the Scottish Government, and is a by-product of live administrative processes, generated directly from the HR systems. The data return provides a snapshot of police strength at the end of the quarter. The published police officer figures are sourced from Police Scotland’s personnel records and as such the quality and reliability is good.

The next edition in the series, Police Officer Quarterly Strength Scotland, 31 March 2020, will be published on Tuesday 5 May 2020.