Scotland is a country with a strong reputation as an outward-facing European nation. From our location in the northwest corner of the continent, we have always looked outwards building strong cultural, economic and social links with our neighbours across the continent.

This is especially the case with our Nordic and Baltic neighbours where historic and contemporary connections continue to shape the lives of citizens in our countries. The publication of our first ever Nordic Baltic Policy Statement in March 2014 by our Cabinet Secretary for Culture, Tourism and External Affairs, Fiona Hyslop MSP, sought to bring these connections together and outline areas of further cooperation and mutual policy exchange for the future.

I am pleased to be able to continue this work. Since taking up post in 2016 as Minister for International Development and Europe, I have worked to promote and forge new links between Scotland and our neighbours in Scandinavia and the Baltic region through visits to the region and engagement with businesses, governments and civic society in the region.

I believe the time is right for us to renew the statement, not least to build on the substantial exchange which has happened in the last three years, for example the introduction of the First Minister’s Baby Box Initiative which builds on the successful Finnish model, or the signing of our Tourism Memorandum of Understanding with Iceland.

More substantially however, the context in which we operate has changed profoundly.

In June 2016, the United Kingdom as a whole voted to leave the European Union. However in Scotland, we voted overwhelmingly by 62% to 38% in favour of remaining. Now that negotiations are underway for the UK to leave, it remains more important than ever for us to continue to develop forward looking relationships with countries in the European Union and beyond.

Instead of turning inwards as a result of the EU referendum result, we will press on with delivering against the aims of our Economic Strategy and our International Framework which promote smart, sustainable and inclusive economic growth for Scotland and help us to influence the world around us.

European and international engagement will remain a key priority for the Scottish Government in the years ahead. That will include developing the warm relationships we are committed to under this refreshed Nordic Baltic policy statement. 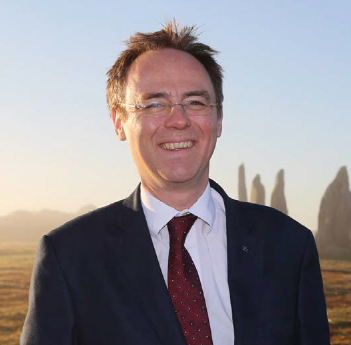 Minister for International Development and Europe