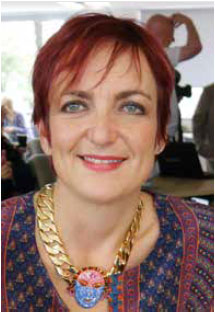 Three years ago, this landmark strategy - New Scots - set out to support refugees and asylum seekers to settle and make their homes in our communities. Since then, many organisations have worked together to ensure access to all the support and services refugees and asylum seekers need to begin to rebuild their lives and become active members of communities across Scotland.

This report tells the story of New Scots. It highlights the innovation and the sharing of experience and expertise, which have been fundamental to making progress. It also acknowledges the challenges that remain.

Since the New Scots strategy was published, war and instability have forced the movement of people on a scale not seen since World War 2. Scotland has a long history of welcoming refugees and asylum seekers, and people all over Scotland were quick to respond to the growing humanitarian crisis. The New Scots strategy placed Scotland in a strong position to act and welcome refugees fleeing conflict and persecution into communities all over Scotland.

The Scottish Government is clear that we have international obligations to recognise refugees and offer protection. However, we also have a moral duty to welcome and support refugees. By definition, refugees have had to leave their homes to seek safety elsewhere. They have not chosen to relocate, but have been forced to move to escape violence, persecution, war or conflict.

Through the years across Scotland, refugee communities have brought their skills, culture, language and food. Over successive generations refugees have contributed to Scotland, helping to create the proud, successful and diverse country we are today.

I would like to take this opportunity to thank Dr Alison Strang, Convention of Scottish Local Authorities ( COSLA), the Scottish Refugee Council and all of the partners who have contributed to New Scots. I also extend my particular appreciation to all of the refugees and asylum seekers who have engaged throughout the process. Whether you accessed a service, participated in a project or spoke at a New Scots conference - you added your voice, shared valuable first-hand experience and helped shape New Scots.

I want Scotland to be a place of welcome and safety where refugees can rebuild their lives. Integration is a long-term process, and there are a number of continuing challenges facing refugees living in Scotland. New Scots has made a great start. It has established a framework recognised as being innovative and progressive, but there is still much to do in an environment of continuing global change.

We will build on the work and experience of New Scots; and continue to support refugees and asylum seekers to become part of our communities from day one.

Chair of the Core Group 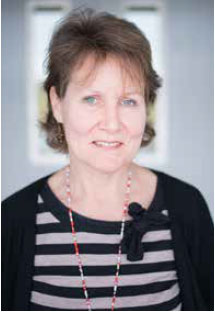 The New Scots strategy has attracted considerable attention from a national and international audience including ECRE (European Council for Refugees and Exiles); NATO (North Atlantic Treaty Organisation) and WHO (World Health Organisation). Scotland is recognised as one of the few refugee receiving countries to make active and sustained investment in addressing the needs for integration amongst refugees and the communities in which they live.

Set up by the Scottish Government, COSLA and Scottish Refugee Council, the New Scots strategy has been characterised by collaboration.

A community of policy and practice based on a holistic understanding of refugee integration and shared values has emerged. These relationships of trust contributed significantly to the swift and robust response to welcoming new refugees across the country through the Syrian Resettlement Programme in 2015.

New Scots has sought to promote broad engagement including the voices of refugees, service providers and policy makers across the sectors. Inevitably success in achieving this high ambition has been mixed. Despite limited resources, in many areas high levels of commitment have delivered significant change. Refugees have made a very important contribution, often at great personal inconvenience and effort. However, we have seen that community groups struggle to maintain consistent engagement without organisational support. Refugees have shared their views the Holistic Integration Service, [1] community consultations and New Scots annual conferences.

Scottish integration policy needs to extend its reach and relevance where refugees are now living, often in small numbers, across the whole country. Lessons learned in different parts of Scotland should be shared and appropriate local approaches supported. If integration is really seen as a two-way process then there needs to be effective engagement with refugees and asylum seekers, and also with settled community members and local voluntary sector organisations. How can future policy be more transparent and accountable to communities themselves as well as practitioners, policy makers and funders?

As we begin to prepare for a new phase of refugee integration policy in Scotland I would like to thank the very many individuals who have contributed out of personal commitment as well as a public role to supporting refugee integration through the New Scots strategy. The success of the strategy owes a huge debt especially to those who have taken on leadership of the thematic groups and the members of the core group. It has been a pleasure and a privilege to be part of such a great team! 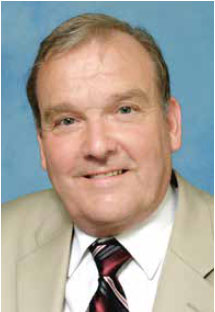 COSLA was delighted to work with the Scottish Government and Scottish Refugee Council in 2013 to develop the New Scots strategy. This built upon our strong track record of working in partnership to make Scotland a more welcoming place for migrants. It also demonstrated COSLA's vision of developing a democracy where local people have more say; where different needs are met with different solutions; and where new ideas can flourish.

This reports sets out the progress that has been made in three years in improving the lives of refugees and asylum seekers in Scotland. In 2013 we could never have anticipated the overwhelming response of Scottish local authorities to the resettlement of Syrian refugees and how this would change the challenge of refugee integration. We now have refugees living in communities across Scotland and the New Scots strategy has provided an invaluable framework for those in areas new to hosting refugees.

There are still a great many opportunities for further partnership work and we look forward to contributing to the development of a new partnership strategy which is truly Scotland-wide. Local authorities across Scotland are committed to supporting refugees to build a new life here. COSLA and local government will continue to be at the heart of taking this important agenda forward. 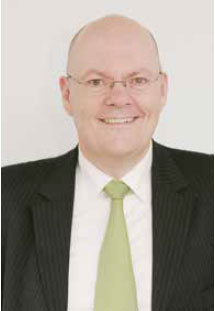 As Scotland's refugee charity, Scottish Refugee Council has been honoured to work closely with the Scottish Government, the Convention of Scottish Local Authorities and many other public, third-sector and community organisations to build a Scotland where refugees are supported from the the first day they arrive. Working with many partners, significant progress has been made towards ensuring refugees can achieve their full potential in Scotland and be active New Scots in their new communities.

The global humanitarian crisis facing refugees has tragically worsened over the last three years. This is reflected in the number of refugees arriving in Scotland. Scotland has proudly led the way in resettling Syrian refugees under the UK Government's programme and there are now small refugee communities in most parts of Scotland. It has been heartening to see so many individual Scots and new groups emerge to pledge their support to help.

Whilst these major developments have delayed or changed some of the planned actions in this strategy, I am pleased that the vision, outcomes and partnerships developed as part of New Scots helped to shape Scotland's response to the crisis and the work of local authorities.

Looking ahead, it is essential that we guarantee that all refugees arriving here whether as asylum seekers or resettled refugees, are able to understand and access their rights to ensure Scotland remains a beacon for successful refugee integration.