At the request of the UK Chief Medical Officers (CMOs), three groups of independent experts met between 2013 and 2016 to consider the evidence on the health effects and made a series of recommendations on new lower-risk drinking guidelines. The UK CMOs considered and accepted the advice of the expert group and agreed on three main recommendations:

They recommend a maximum of 14 units of alcohol per week for both women and men to keep health risks low, preferably spread over three or more days, with no drinking at all during pregnancy. The full guidelines can be downloaded below. 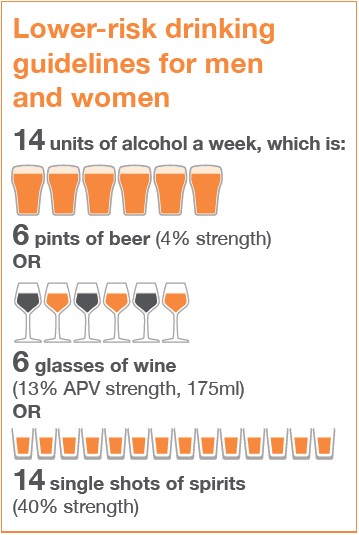