In August 2013 the Scottish Law Commission (“the Commission”) published their Report on Judicial Factors.  It contains recommendations which would provide for a new regime to bring clarity, accessibility and efficiency to an important but outmoded area of the law.

A Judicial Factor is a person appointed by the court to gather, hold, safeguard and administer property which is not being properly managed.  The existing legislation on Judicial Factors dates back to 1849.

Although the volume of appointments of judicial factors are relatively rare, at around 12 a year, they have an important role to play.  Examples of appointments are where there has been a breach of professional practice in a solicitors’ firm and the firm liabilities exceed, or appear likely to exceed, its assets; where a partnership is in dispute or where those running a charity appear to have been running it inappropriately.

This consultation seeks views on the draft Bill and some of the recommendations made by the Commission.

We are also asking in Part 2 of the consultation for views on the current procedure for the appointment of judicial factors in the case of missing persons. This picks up on the commitment by the Scottish Government to review the administrative options for handling missing person’s estates from the National Missing Persons Framework of Scotland implementation plan. The appointment of a judicial factor over a missing person’s estate would help conserve and protect the estate until their return or until they are declared dead.  We want to make the appointment process as accessible as possible for family members.

In addition, Part 3 of the consultation seeks views on procedural issues in safeguarding children’s property under the Children Scotland Act 1995.

I am pleased therefore to publish this consultation paper seeking your views on the Commission’s recommendations in order to modernise Judicial Factors. 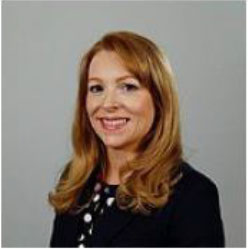