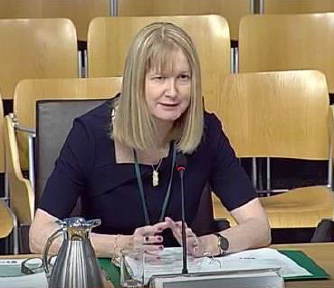 We are pleased that the Committee acknowledged the important role played by the Inspectorate of Prosecution in Scotland ( IPS) in ensuring the effectiveness and efficiency of the prosecution system. It was also gratifying to read that COPFS values our inspection work, commenting that it has provided the service with a valuable, constructive and, where necessary, challenging source of independent review.

A significant benefit of external scrutiny and inspection is to "see oursels as ithers see us!" [1]

The Committee raised two issues: the Inspectorate's low profile and the lack of awareness of its work, and the risk that the Inspectorate's independence might be perceived to be compromised by routinely employing seconded or former COPFS staff.

We are grateful to the Committee for enhancing the profile of the Inspectorate through their inquiry. We have taken on board the findings of the Committee and have implemented a number of measures, including expanding the distribution of our reports and fostering wider engagement with criminal justice partners and other relevant stakeholders, designed to increase the profile and visibility of IPS.

During our inspection this year on the investigation and prosecution of sexual crimes, we consulted and interviewed key personnel from a wide range of stakeholders, charities and organisations, including Archway Glasgow, Barnardo's, Children 1st, Rape Crisis Scotland ( RCS), Scottish Children's Reporter Administration ( SCRA), Scottish Women's Aid ( SWA) and Victim Support Scotland ( VSS). We met also with 16 victims of sexual crimes who had personal experience of the prosecution service and the criminal justice system.

The recent publication of the report received wide media coverage and has hopefully made a positive contribution to the debate on how victims and witnesses of such crimes can be better served by the criminal justice system.

Regarding the perception that the independence of the Inspectorate may be adversely impacted by employing seconded staff from COPFS, as I advised when giving evidence to the Committee, the IPS values and guards its independence and this is respected by others. All findings and recommendations are ultimately my responsibility.

I agree with the Committee that the inspection of some areas of the operation of the prosecution service may benefit from the input of inspectors with different backgrounds and skill sets. The ability to second inspectors provides opportunities to supplement the team from outwith COPFS, depending on the subject matter of the review.

Many of the Inspectorate's reports, however, involve complex areas of prosecution where detailed knowledge and experience of prosecution and the criminal law is essential. The ability to ask the right questions is necessary to secure an independent, credible and challenging inspectorate.

The Committee's report concluded that the public can have confidence in an effective, rigorous, fair and independent COPFS whilst acknowledging it is a service that remains under considerable pressure.

This chimes with the findings of our recent report.

We found many committed and dedicated professionals seeking to achieve the best outcome for each case, challenged by unprecedented numbers of serious sexual crimes in a climate of budgetary restraint and an increasingly complex criminal justice system.

Overall, we found that cases of sexual crimes were being prepared and investigated to a high standard with all relevant lines of inquiries being explored.

In times of budgetary constraint and rising public expectations, identifying opportunities for efficiencies and promoting public confidence in the quality of public services is increasingly important.

We identified potential savings for COPFS and the criminal justice system through the abolition of notices and applications for support measures to assist those giving evidence at court. One of our previous recommendations – to serve indictments electronically – has the potential not only to incur savings for COPFS, and for the police in terms of man hours employed to physically serve indictments approaching the time limit but to mitigate the risk of late service of indictments.

The reforms under contemplation in the ongoing Evidence and Procedure Review, which aim to modernise criminal trial procedures by harnessing modern digital technology and greater judicial case management and to significantly reduce the number of witnesses giving evidence in the courtroom, has real potential to make the system more efficient and to introduce a truly transformative change for many victims and witnesses, all of which the Inspectorate endorses.