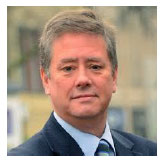 Public sector investment enhances the economic performance of Scotland. It develops the long-term enablers of growth such as transport, communications, schools and hospitals, and has a vital role in supporting wider strategic objectives, such as improving labour participation and quality of life.

We were delighted to publish an updated Infrastructure Investment Plan in December 2015 which outlines why we need to invest, how we will invest and what strategic, large-scale investments we intend to take forward within each sector over the next 10 to 20 years.

This annual progress report outlines key achievements over the course of 2015 and looks forward to developments in 2016 and beyond.

We have been taking decisive action to secure an investment-led recovery. Despite Westminster's claim that capital spending has increased, Scotland's capital Budget in 2019-20 will be £600 million (17%) lower in real terms than it was in 2010-11. The Scottish Government intends to maximise investment through a combination of our capital budget, capital borrowing powers, revenue funded investment through the Non Profit Distributing ( NPD) programme, rail Regulatory Asset Base ( RAB) funding and capital receipts. It is estimated that our planned investment in 2015-16 and 2016-17 will support over 30,000 full time equivalent Scottish jobs in the wider economy in these years, including the indirect jobs in the supply chain.

Significant progress continues to be made in delivering our Infrastructure Investment Plan, as demonstrated by this report on projects that have been delivered and our updated pipeline of activity to be undertaken this year and beyond.

During 2015 projects totalling over £1.5 billion completed construction and are now operational. These include:

Scotland's Schools for the Future

Particular highlights from the different sectors in this report include in:

This report outlines the progress that has been made in 2015, sector by sector. The Infrastructure Investment Plan 2015 provided a progress update on individual projects with a capital value over £20 million that have moved beyond Outline Business Case stage in relation to agreed cost and time parameters and local economic benefits.

In addition, an update is also provided below in relation to the pipeline of investment in major capital projects over £20 million, including additional information on schools and health projects being delivered through the hub initiative.

Our aim is to give the market and other interested stakeholders a clear overview of our long-term investment plans. We will continue to update these regularly on our website.

We look forward to continuing to work with the private sector, local government, and all our stakeholders to ensure that collectively we maximise the benefits of infrastructure investment to the people of Scotland.