I was very pleased to read this progress report on the recommendations from ' Shifting the Curve'. When I was first appointed as Advisor on Poverty and Inequality I was asked by journalists what would happen if my advice was not taken. My response was clear; it is the responsibility of elected politicians to make policy; my responsibility was to advise. I did not expect that all the recommendations I would eventually make would be taken on board. I did hope that some would be taken seriously and acted upon. Otherwise there was no point in taking on the job.

Eighteen months on from publication, it is gratifying to see how much of what I envisioned in the fifteen recommendations from Shifting the Curve is being implemented. Specifically, ensuring that all childcare workers providing the funded entitlement are paid the Scottish Living Wage will not only reduce the chance of in work poverty for childcare workers, but could eventually improve the quality of childcare by attracting a wider group into childcare. Much more is being done on the quality of childcare as well.

Taking on new social security powers was a big challenge, but here again progress is being made to develop a system that is less punitive, more respectful, and appropriately targeted to ensure that those who need the most help, get it in good time. It is fair to say the Scottish Government was already planning to increase the supply of social housing before the report was published, but the progress being made on affordable housing is to be commended.

It is particularly gratifying to see that the socioeconomic duty written in to the UK's equality legislation in 2010 is being enacted in Scotland. This will mean that all public authorities will need to consider the impact of new policies on their poorest citizens.

All the progress being made in this report is to be commended. I am hopeful that the new Poverty Commission being set up by the Scottish Government will take as part of its remit the continued implementation of these recommendations and those in the Fairer Scotland Action Plan. The experience of acting as the Independent Advisor has left me optimistic that by working collaboratively with Government, the third sector, and local communities, change can happen with relative speed. It has been a privilege to be involved in this work. 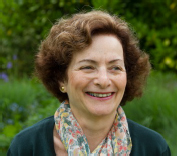