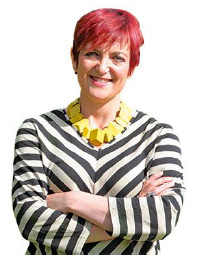 Scotland is an energy rich nation with both traditional energy industries and vast natural resources on our doorstep. Yet, despite this, fuel poverty remains a very real and very serious problem across this country. Last year, we published the Fairer Scotland Action Plan, which at its heart featured 50 concrete actions for this parliamentary term to help build a better country - tackling poverty and inequalities. I believe that eradicating fuel poverty is crucial to making Scotland fairer, and will not waver from this Government's ambition to ensure everyone has a warm home that is affordable to heat. Achieving this will go a long way to ending fuel poverty in Scotland.

We have seen some significant progress in delivering warmer homes. Over a million Scottish households have received energy efficiency measures from a range of programmes and the energy efficiency of our homes has massively improved. Around two out of five homes are now in the top three ratings for energy efficiency, an increase of 74 per cent since 2010. And by the end of 2021, we will have committed more than £1 billion to making our homes and buildings warmer and cheaper to heat.

Yet, notwithstanding investing more than any previous Government, around 748,000 Scottish households were in fuel poverty in 2015. This is unacceptable and as a Government we remain committed to eradicating fuel poverty, in line with the target set 15 years ago.

In the Fairer Scotland Action Plan, we recognised the importance of working together - across communities; across business and industry; and across public and third sector organisations. It does indeed take all of us to build a fairer Scotland and I recognise that eradicating fuel poverty requires more than investment in energy efficiency.

In particular, we need to address the impact of energy costs as a key driver of fuel poverty. Fuel prices, which are beyond the Scottish Government's control, have greatly impacted on Scottish households. Whilst many households have found it challenging to deal with the increased cost of fuel, people in some of the most desperate circumstances - particularly those on prepayment meters - are paying more for their energy use. We cannot allow this to continue, so we are engaging with energy companies to identify ways to help low income households living in fuel poverty and facing a 'poverty premium' for their energy.

It is clear that continuing to do more of the same is no longer an option. Indeed, we set up the Scottish Fuel Poverty Strategic Working Group and the Scottish Rural Fuel Poverty Task Force to look anew at the issues and make recommendations to inform our approach to tackling fuel poverty and improving the energy efficiency of people's homes wherever they live in Scotland.

The Groups published their reports in October and I would like to thank the groups and their respective Chairs, David Sigsworth and Di Alexander, for their hard work over the course of more than a year to deliver two comprehensive reports.

With over 100 recommendations between them, we have taken time to consider the reports in detail. Our response to them sets out what the Scottish Government is currently doing and where we can, and will, take further action to address fuel poverty. But Government cannot do this alone and we look forward to working closely with partner organisations, including making robust representations to energy companies and others, to achieve the best outcome for householders and ensure a fairer Scotland for all.