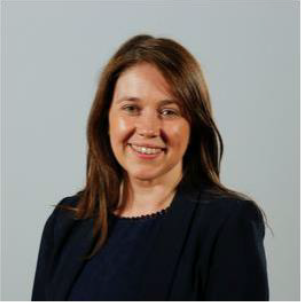 I am delighted to introduce this Progress Report on the Fairer Scotland Action Plan, which launched in October 2016 with 50 concrete actions to build a fairer and more equal country.

This Plan is our commitment to immediate action in this parliamentary term and to laying the foundations of a longer-term goal for 2030 to create the fairer and more prosperous Scotland we all want to see. This fairer Scotland will be one where poverty and inequality are seen to have been tackled. It will be one where there is genuine equality of opportunity, where all children and young people can realise their aspirations, and where there is support for all those who need it. This Scottish Government is determined to deliver that fairer and more prosperous society.

This second annual report outlines the progress we have made since the last report in November 2017. It reflects our determination to take a Scotland-wide approach to tackling poverty, which is unacceptable anywhere but particularly in a wealthy country like ours.

A strong example is our cross-government commitment to eradicate child poverty. The Child Poverty (Scotland) Act 2017 – first set out in the Fairer Scotland Action Plan – was passed unanimously in the Scottish Parliament in November 2017. This landmark piece of legislation positions Scotland as leading the UK on tackling child poverty. In March this year, we published Every Child, Every Chance, our Tackling Child Poverty Delivery Plan for 2018-22, supported by the £50 million Tackling Child Poverty Fund and a range of other investments. A new income supplement for low income families and a major programme of intensive employment support for low income parents are clear statements of our ambition to make a real difference to children's lives. And we are already delivering – introducing the first Best Start Grant Pregnancy and Baby Payments before Christmas this year, which provides £600 on the birth of a first child and £300 on the birth of any further children; and reaching an agreement with local authorities to introduce a national minimum school clothing grant of £100.

I am proud of the progress we have made across government on a fairer Scotland over the past two years, but there is a lot still to do. I am absolutely committed to doing everything I can to deliver on this agenda.

Finally, I am reminded that the title of the first action plan was: "It Takes All of Us to Build a Fairer Scotland". Of course that still remains the case – creating a fairer Scotland needs all of us to work together – and as a government, we will continue to work with everyone who shares our vision. And, on that note, I would like to thank all those organisations who continue to deliver on the Fairness Pledges they made in 2016, supporting our commitment to the people of Scotland to change our society for the better.