We are pleased to present the second annual progress report for Equally Safe, our strategy to prevent and eradicate violence against women and girls. This strategy was developed by the Scottish Government and COSLA in association with a wide range of partners from public and third sector organisations and was first published in June 2014, with an updated version published in March 2016.

The strategy provides an overarching framework for change and outlines our vision for a Scotland in which every women and girl is safe and free from gender based violence in all its forms.

In order to help us realise this vision, we published our Equally Safe delivery plan in November 2017 which promotes a collaborative approach that recognises the different roles and expertise of organisations from the public, private and third sectors. It contains a clear outcomes framework with indicators to demonstrate progress nationally and locally towards preventing and reducing this violence and tackling the pervasive inequalities that create the conditions for it.

Awareness of the causes, nature, prevalence and impacts of violence against women and girls is improving, however, as Scotland’s violence against women and girls  policy and legislative developments through Equally Safe are further implemented, so pressures on services through which victims are supported and perpetrators engaged with and held to account, are growing. Improving our responses to those affected by less well understood forms of violence against women, particularly regarding our most vulnerable populations, requires us to maintain focus and determination across spheres of Government and the wider public sector. Many complex issues surround those most affected by the impacts of welfare reform and austerity measures, trafficked women and girls, asylum seekers, migrant women and girls and women with no recourse to public funds, among many other populations.

There has been significant activity and progress in relation to a number of actions contained within the Delivery Plan and some key pieces of work are highlighted within this report; however, we are clear that there remains much to do if we are to realise our ambition to make Scotland truly Equally Safe.

There is no doubt that our Equally Safe strategy demands major and sustained change but we firmly believe that, by continuing to work together to deliver on our shared commitments, we can realise our ambition of preventing and eradicating violence against women and girls. We can create a Scotland to be proud of, where all of our citizens are Equally Safe and violence against women and girls is consigned to history. 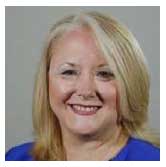 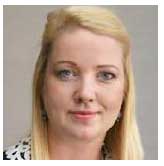 “Progressing gender equality supports a basic human right and will help people flourish and reach their full potential, which will ultimately create a wealthier and fairer society.”