Contents
The contribution of EEA citizens to Scotland: response to the Migration Advisory Committee call for evidence
Ministerial Foreword 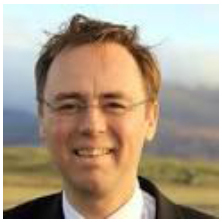 Scotland is an outward facing and diverse country. We are a country of migration, with a long history of welcoming the world to visit, live, work and invest in Scotland, and to build their lives here with their families.

Inward migration brings huge economic benefits to Scotland. Businesses and organisations big and small, and across the Scottish economy from agriculture, to financial services, to the public and third sectors have told us of the value that EEA workers bring and of their concern if they are no longer able to employ them. The data bears this out. Inward migration to Scotland also helps to address the demographical challenges of an ageing population, and to support rural communities. In contrast to the rest of the UK, all of Scotland's vital population growth over the next 10 years is projected to come from migration.

Migration, however, is about more than economics. It is about individuals and their families choosing to build their lives here in Scotland; it is about the contribution that they make to our culture, communities and society, as neighbours, friends and family members, as well as work colleagues. It is this contribution that will be lost if people from the EU are no longer able to come here.

Free movement has also enabled our own citizens to travel, work and live across the EU allowing them to gain valuable experience and expertise.

The Scottish Government believes fundamentally that continuing free movement of people is in the best interests of Scotland and the UK as a whole. We do not believe that a restrictive model which limits free movement is in Scotland's, or the UK's interests. Furthermore, for migration from outside the EU it is clear that a one-size fits all approach does not meet Scotland's needs. There is a clear case for a differentiated migration system that recognises the different needs across the UK. There is broad agreement across political parties in Scotland that there needs to be a different approach. In Westminster too, the All-Party Parliamentary Group on Social Integration argue that responsibility for immigration should be devolved, and the Scottish Affairs Committee have also underlined the need for tailored immigration policies.

As we committed to in our 2017-2018 Programme for Government, we will publish an evidence-based discussion paper that makes the case for extending the powers of the Scottish Parliament to enable our economy to be able to attract talent from across Europe and setting out how a more flexible approach to migration with more powers for the Scottish Parliament could operate.