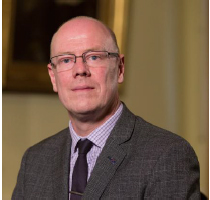 The Scottish Government is committed to achieving improved fire safety and one death from fire in Scotland’s homes is one too many.

Following the tragic fire at Grenfell Tower in London, when at least eighty people lost their lives, a Ministerial Working Group on Building and Fire Safety was established to review Scotland’s building and fire safety regulatory frameworks. As part of this work, the Group agreed that this consultation on fire and smoke alarms, which had originally been planned for later this year, should be prioritised.

Significant progress has been made in fire safety as we look to realise our vision for safer and stronger communities across Scotland. Over the last twenty years the number of fires has nearly halved, and the number of fire fatalities has fallen by over 60%. As part of this trend, the number of dwelling fires has also fallen by around 40% over this period.

Scotland already has rigorous standards for smoke and fire alarms developed over time, with the highest standard currently applied to new-build and private rented housing. We want and expect everyone to benefit from the same level of protection. This consultation sets out our proposal that the same standard should apply for everyone in Scotland, whether you own your home, or rent from a social or private landlord.

The Scottish Government also want to consider whether any changes are required to that standard. We are interested in views on what types of alarms should be installed, where they should be and how often they should be replaced, and how we might implement any improved standard and encourage compliance.

I look forward to hearing your views on this consultation.