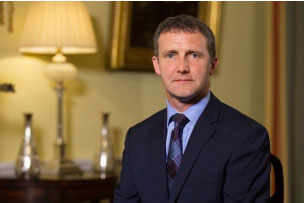 This is the fifth Scottish Government annual report on the delivery of Community Payback Orders ( CPOs) since their introduction in February 2011, providing a summary of the narrative accounts from each of Scotland's local authorities on the delivery of CPOs in their areas between 1 April 2015 and 31 March 2016. The report highlights the innovative work being carried out by Criminal Justice Social Work Services and their partners to deliver CPOs across Scotland.

Since their introduction, the number of CPOs being imposed has risen every year, with the latest figures showing that of the 20,100 social work orders issued in 2014-15, over 19,000 of these were CPOs. This is testament to the ability and commitment of local authorities to deliver these orders effectively which, in turn, is supporting confidence in CPOs.

Promoting and supporting the use of CPOs is part of this Government's commitment to reduce reoffending. This is smart justice - an approach which balances reparation to the community, with addressing the underlying causes of offending and providing people with opportunities to make more positive choices. This approach is working, with Scotland's reoffending rate currently at a 17-year low.

A crucial element of the effective delivery of CPOs is the knowledge, skills and experience of the Criminal Justice Social Workers who supervise the individuals on these orders and determine the nature of unpaid work and other activities that they should complete. In doing so, they ensure that the projects not only reflect local priorities and deliver tangible benefits to the community, but that they are also matched to the considerable skills of the Unpaid Work Supervisors.

The unpaid work or other activity requirement remains the most frequently imposed of the nine requirements available to the court when imposing a CPO. Through this, individuals are given the opportunity to develop new skills which can help to reduce reoffending in addition to improving their chances of future employment or training.

Over the last year I have had the privilege of visiting a number of excellent CPO unpaid work projects and groups across Scotland, giving me a real insight into all of the valuable work that goes on around CPOs. It is important to remember that these orders are not just about unpaid work; Criminal Justice Social Workers and their colleagues in partner agencies put in a great deal of care and effort to ensure the successful delivery of these orders which are as much about rehabilitation and reintegration as they are about punishment. And the evidence shows that this works - individuals released from a sentence of six months or less are reconvicted more than twice as often as those given a CPO.

Looking forward, the recent launch of the National Strategy for Community Justice provided a vision for the future of community justice in Scotland; one that is inclusive, supported by a progressive justice system and underpinned by collaboration, partnership working and joint responsibility. The successful delivery of CPOs is a critical element of that vision. I would therefore like to express my gratitude to each local authority and their partners for their sustained hard work and continued determination to deliver robust CPOs that support the ambitions of a modern and progressive Scotland.