The Office of the First Minister features the distinctive Georgian doorway of Bute House.

The category A-listed building sits on the north side of the grand square created in the late 18th century as part of James Craig’s First New Town plan unveiled in 1767. It would be more than two decades before neoclassical architect Robert Adam was commissioned in 1791 to design unified frontages for Charlotte Square.

Find out more about Bute House. 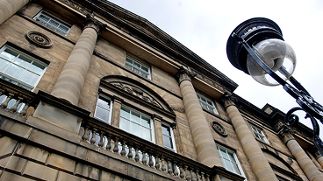 History of the office of the First Minister

The First Minister of Scotland role was established in 1999, and there have been five post holders to date.

Find out more about the history of the office of the First Minister.