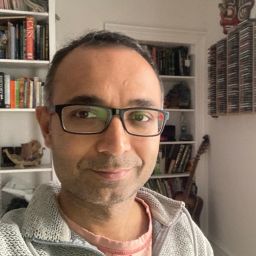 Stephen was appointed Director of Lifelong Learning and Skills in December 2022, alongside his job-share partner, Katherine Peskett.

The Director of Lifelong Learning and Skills is a:

His previous roles have included:

Stephen has been a civil servant for over 20 years, during which he has also worked as a national expert for the European Commission and for the UK Department of Trade and Industry.

Stephen grew up both in the UK and Sri Lanka. His mixed-race background has given him perspective on his own identity and how to support diversity.

Stephen is a former leader of the Scottish Government’s Race Equality Network and maintains a close working relationship with the group.