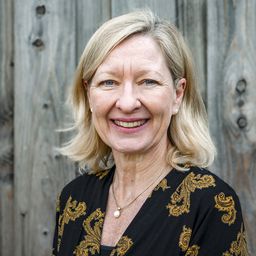 Penelope is Director of Culture and Major Events.

Penelope joined the Scottish Government in July 2017 as the Chief Executive of the Scottish Public Pensions Agency (SPPA) in Tweedbank. She has previously worked in senior executive financial services roles based in the UK, Germany, the Netherlands and Luxembourg, as well as the Chief Executive of the World Association of Girl Guides and Girl Scouts (Europe), based in Brussels.

Married with two daughters and two grandchildren, Penelope was born and brought up in Anglesey, North Wales, where she attended Ysgol Gyfun Llangefni. She qualified as a Registered Nurse in Plymouth, and having changed careers, gained a Bachelor of Arts and Master in Business Administration qualifications with the Open University. Penelope is a Chartered Manager, Fellow of the Chartered Institute of Management and a CIPD qualified organisational coach.

Penelope moved to Scotland in 1994, spending time in mainland Europe between 2003 and 2017 before returning to take up a post at the Scottish Public Pensions Agency.