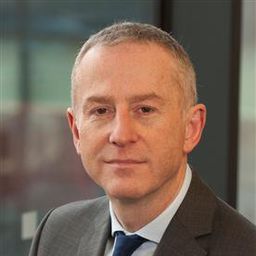 David Wilson has been interim director of the Fair Work, Employability and Skills Directorate since April 2020.

The Director of Fair Work is responsible for developing policies and approaches to improve productivity and reduce inequality and ensure that, in Scotland, work improves people's lives.

In the absence of Dominic Munro, who is currently leading the Scottish Government’s exit strategy from the Covid-19 pandemic, David Wilson has taken up the post as interim director of the Fair Work, Employability and Skills Directorate. This change was effective from April 2020.

David returned to the Scottish Government as Programme Director for the Scottish National Investment Bank in July 2018, after three years as Executive Director of the International Public Policy Institute at the University of Strathclyde. While outside Government, David was Chair of the Safe Deposits Scotland Trust and appointed as a Commissioner on the Scottish Fiscal Commission.

His previous posts within the Scottish Government include:

David was born in Hamilton, and was brought up in Strathaven. He attended Strathaven Academy and then Larkhall Academy and has lived in Edinburgh since 1981, initially as a student at Edinburgh University. He is married with three grown-up children.