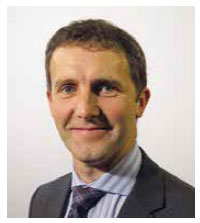 Serious Organised Crime affects us all and we all have a part to play in reducing the harm it causes.

My vision is of a Scotland free from Serious Organised Crime: a Scotland where our communities are free from the blight of drug-dealing and the fear of violence; where our businesses can compete fairly and prosper without having to compete with those who launder money, evade taxes or cut corners; and where the vulnerable are protected from those who would seek to exploit, traffic or cheat them.

This strategy builds on "Letting Our Communities Flourish", the original Serious Organised Crime strategy for Scotland, which was published in 2009. It records the progress that has been made since then - the leaps forward in partnership working, information-sharing, financial investigation - and calls for an even broader, stronger partnership, a partnership that includes law enforcement agencies, local authorities and other public sector bodies, small businesses and large corporations, regulators, third sector organisations, individuals and communities. We have already begun to work with that broader partnership in the development of this strategy with contributions from organisations as diverse as KPMG, Trading Standards Scotland, Sacro, the Scottish Football Association and the Church of Scotland.

Together we can reduce the harm caused by Serious Organised Crime and make Scotland a safer, fairer and more prosperous country.

What is our vision and aim?