14. Total estimated emissions attributable to the 2019-20 Budget are 7.3 Mt CO2-equivalent. Table 2 shows overall spend and emissions by the individual portfolios and further, how these emissions arise. Emissions remain broadly proportional to spend, except for Rural Economy, and Transport, Infrastructure and Connectivity, where emissions per unit of spend are slightly higher. Health and Sport, Communities and Local Government and Transport, Infrastructure and Connectivity are the largest Budget items, with the highest emissions.

15. Expenditure is shown net of income, in line with the Budget, and emissions are calculated on that basis.[2]

16. Direct emissions account for 22 per cent of the total; indirect emissions for
a further 21 per cent – a large proportion of which is caused by electricity generation. 56 per cent of emissions attributable to Budget expenditure
are generated outside Scotland and are embedded in imported goods
and services. 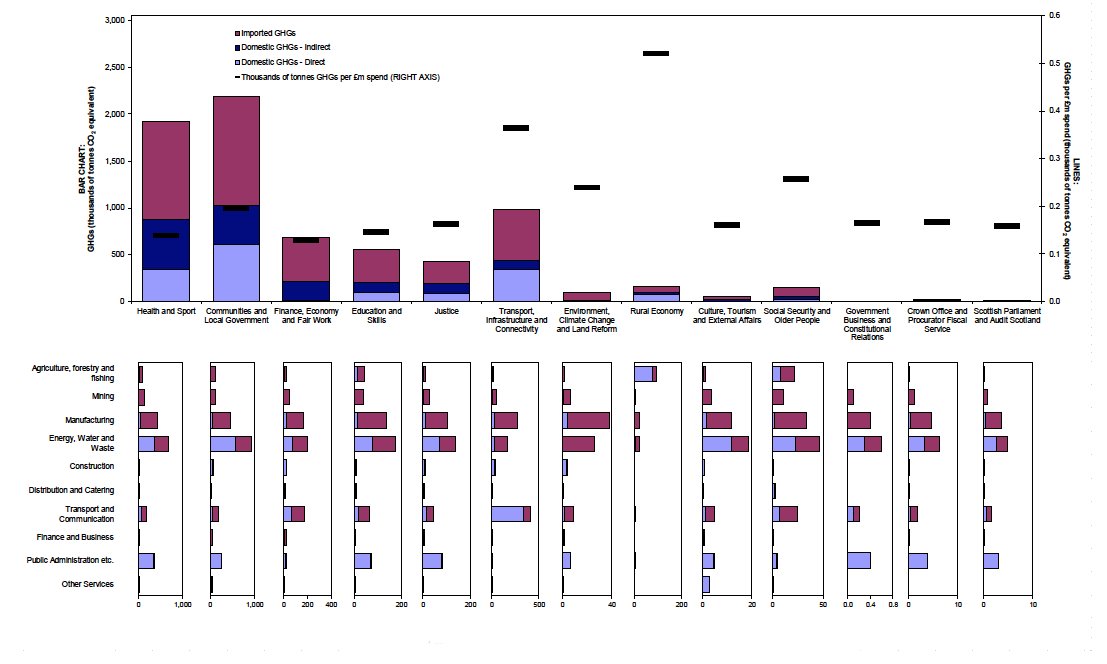 18. Figure 1 confirms the continued importance of domestic energy production and its emissions across the Scottish Budget. In addition to this, for Rural Economy, the support of farming activity leads to significant levels of methane and nitrous oxide emissions.[4]

19. Total emissions broken down by industry are shown in Figure 2. Some 33 per cent of the Scottish Government's carbon footprint is caused by the use of Energy, Water and Waste, followed by Manufacturing (23 per cent) and Transport and Communication (15 per cent). 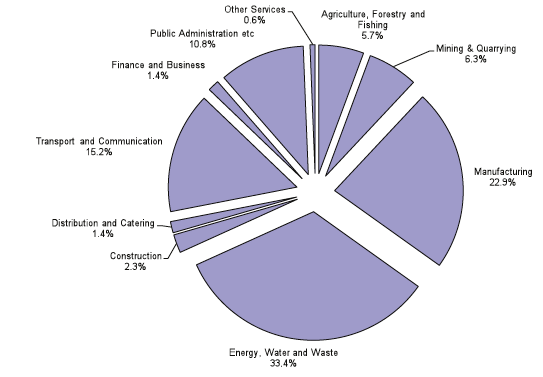 20. To reduce the emissions from Government spending, decarbonisation of the energy sector remains an important policy aim. As the sector is decarbonised, the carbon intensity of the sector in the Environment Input-Output model will fall, with a consequential reduction in carbon emissions recorded in the use of electricity[5].

21. In addition to direct and indirect domestic emissions, the assessment takes into account the emissions generated outside of Scotland in the production
of imported goods purchased as a result of Government spending (e.g. food, machinery, IT equipment). 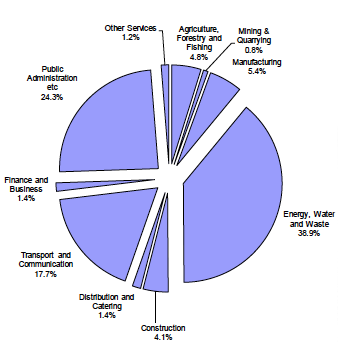 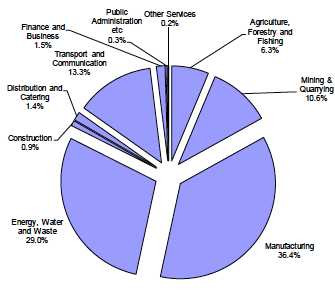 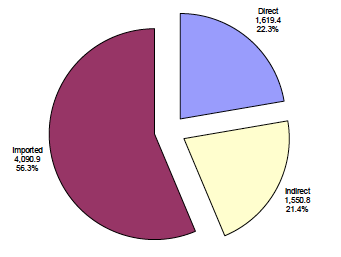