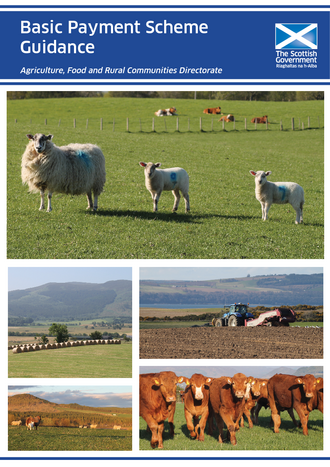 21. Land eligible for this scheme

You can use only eligible land to activate entitlements for payment under the Basic Payment Scheme. Eligible land under the scheme is any agricultural area of the holding used as arable land, permanent pasture or permanent crops.

To determine whether your land is permanent pasture for the purposes of the scheme you should consider its status on 15 May each year. This means that land will be classified as permanent pasture when declared as being in grass or herbaceous forage on six consecutive Single Application Form applications.

Where you did not declare land on a Single Application Form, the same principle applies. That is, it will be classified as permanent pasture when it has been in grass or herbaceous forage on 15 May in six consecutive years.

Land that you have re-sown with grass or other herbaceous forage during a five-year period is still counted as permanent pasture. However, land which is in long-term grass, but which you have re-seeded following a catch crop such as stubble turnips in the last five years, is considered arable land.

Permanent crops are those defined as non-rotational crops (other than permanent pasture) that occupy land for five years or more and yield repeated harvests, including nurseries and short rotation coppice.

22. Assessing your land eligibility
20. Land at your disposal