The Chief Veterinary Officer (Scotland) has formed the opinion that highly pathogenic avian influenza exists, or has in the previous 56 days existed, on premises and has informed the Scottish Minsters of that conclusion.

In accordance with article 19 of the Avian Influenza and Influenza of Avian Origin in Mammals (Scotland) Order 2006 (“the Order”), the Scottish Ministers confirm the existence of highly pathogenic avian influenza and declare the premises in Annex 1 to be infected premises.

In accordance with article 31(1) of the Order, the infected premises being special category premises where avian influenza has been confirmed in other captive birds, the Scottish Ministers, having carried out a risk assessment in accordance with article 31(3) of the Order, and being satisfied that applying less stringent measures than those set out in articles 26 to 29 of the Order would not endanger disease control, declare that the area described in Annex 2 to this Declaration is a Surveillance Zone

The Surveillance Zone is marked on the map in Annex 3.

This Declaration has effect from the date and time it is made, until it is amended or revoked by further declaration.

Failure to comply with this Declaration may be an offence under section 72 or 73 of the Animal Health Act 1981.

Copies of this Declaration and of the Order are available at www.gov.scot/avianinfluenza  and from the Scottish Government Agriculture and Rural Economy Directorate, St. Andrew’s House, Regent Road, Edinburgh, EH1 3DG.

The infected premises are the premises known as 12 Mayfield Crescent, Clackmannan, FK10 4HP.

Measures applicable in the Surveillance Zone

1.  The occupier of any premises must make a record of–

(a) the name and address of any person visiting the premises (unless the visit is only to a part of the premises where people live and where no poultry or other captive birds are kept);

(c) whether the person had any contact with poultry or other captive birds on the premises.

2.  The occupier of any such premises must keep a record of all poultry entering or leaving those premises.

3.  Every person who is engaged in the transport or marketing of poultry or poultry eggs must keep a record of all poultry and poultry eggs transported or marketed by that person.

(a) the quantity and description (including species of poultry and type of egg) transported or marketed;

(b) in the case of movement from premises–

(i) the date of the movement off the premises;

(ii) the premises of destination (if known);

(iii) the name and address of the person to whom ownership or possession is being or has  been transferred;

(c) in the case of movement onto premises–

(i) the date of the movement on to the premises;

(ii) the premises from which the movement originated (if known);

(iii) the name and address of the person from whom ownership or possession is being or has been transferred;

(d) in the case of marketing without an associated movement, the name and address of the person to whom and the date on which ownership was transferred;

(e) the identity and address of any such person.

(b) the movement of people to zoos, wildlife parks or (unless required by the Scottish Ministers) any other premises open to the public, provided the public has no access to any area where birds are kept.

6.  The occupier of any premises in the surveillance zone must maintain the following records–

(a) the number or approximate number of poultry (if any) on the premises;

(b) the number of poultry falling ill on the premises;

(c) the number of poultry dying on the premises;

(d) the amount of feed and, where possible, water being consumed by any poultry on the premises;

(e) any egg production on the premises.

8.  The occupier and any person entering or leaving premises where poultry, other captive birds or eggs are kept must–

(a) take appropriate biosecurity measures to reduce the risk of the spread of avian influenza to or from the premises; and

(b) comply with any biosecurity requirements which a veterinary inspector, by notice, imposes.

10.  No person shall permit any poultry or other captive birds to be collected together at any fair, market, show, exhibition or other gathering.

11.  No person shall release game birds.

Cleansing and disinfection of vehicles

24.  A person who transports any poultry, other captive bird, carcase, feed, manure, slurry, litter or any other thing which may be contaminated must cleanse and disinfect the vehicle and any equipment used to transport that thing as soon as it is unloaded in accordance with article 65.

25.  A person who enters or leaves premises by vehicle must, without delay, cleanse and disinfect any part of the vehicle which may have been contaminated in accordance with article 65. 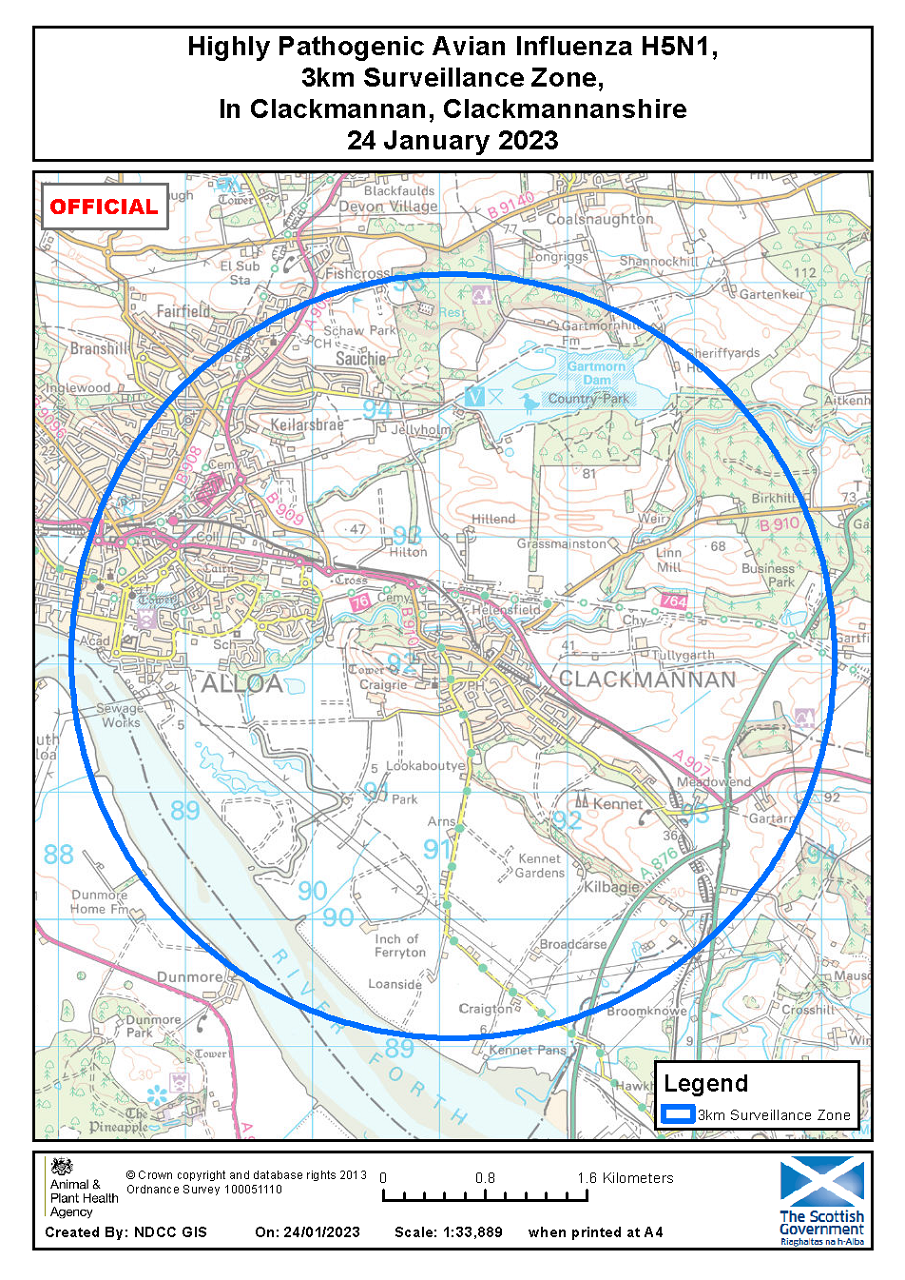