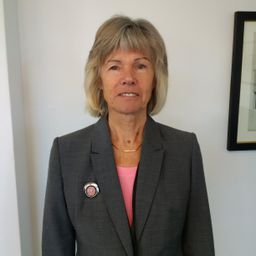 Linda McKay became a non-executive director of the Scottish Government in 2014.

As principal of Forth Valley College for over 10 years, Linda led the institution through merger, regionalisation and delivery of an award-winning £60 million estates development. Linda served as a Board Member of the Enterprise Network at Scottish Enterprise Forth Valley and subsequently on the Regional Advisory Board for Edinburgh. Throughout this period, Linda was also a member of the Leadership Group of Chemical Sciences Scotland, a member of the Scottish Funding Council Skills Committee and led a national project on workforce development.

Linda was appointed to the board of the Scottish Qualifications Committee in 2000 to help restore public confidence in the Scottish examination system. In this role, she chaired the SQA Advisory Committee and the SQA Qualifications Committee. Linda has also worked closely with the police service as a member of the Police Advisory Board for Scotland, a governor of the Scottish Police College and Chair of the Police Scotland Examination Board. In 2000, she was awarded an MBE for her contribution to the Police Service.

Linda was previously the Vice Chair of the Wood Commission. She has also served two terms as the Convener of the Loch Lomond and Trossachs National Park Authority.