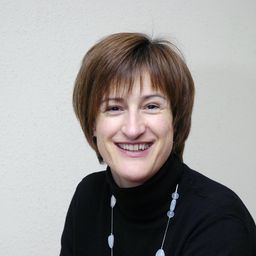 Annie Gunner Logan became a non-executive director of the Scottish Government in 2014.

Annie also has non-executive roles on the boards of NHS Education for Scotland (NES) and the Crown Office and Procurator Fiscal Service (COPFS). She previously served as a non-executive with the Office of the Scottish Charity Regulator (OSCR) and the UK drug and alcohol treatment charity, Phoenix Futures.

Annie’s professional career has been spent predominantly in the third sector in roles relating to health and social care. She was Chief Executive of the Coalition of Care and Support Providers in Scotland (CCPS) until she stood down in April 2022 and in that capacity, she served on a range of working groups. In 2013, she was appointed by the (then) Deputy First Minister to serve on the Expert Working Group on Welfare in an Independent Scotland. In March 2016, she joined the Advisory Board of IPPR Scotland, and in 2021, she joined the Advisory Board of the International Public Policy Observatory (IPPO).

Annie has a master's degree in Social and Public Policy from the University of Edinburgh.