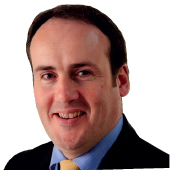 Our Electricity and Gas Network Vision for 2030 - Key Points