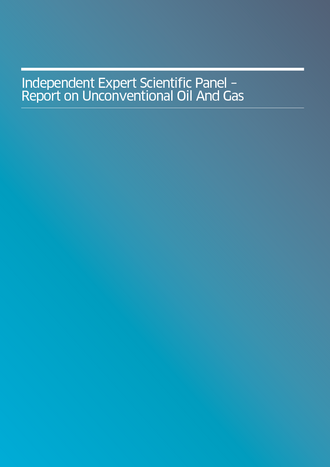 1. In September 2013, the Scottish Government convened an Independent Expert Scientific Panel to report on the scientific evidence relating to unconventional oil and gas. The remit of the Panel was to deliver:

2. The remit of the Expert Scientific Panel did not include making recommendations to the Scottish Government. The direction of future policy or potential changes to the regulatory framework is a decision for Scottish Ministers.

3. The following points summarise the key conclusions of the Expert Scientific Panel. These have been arrived at during the Panel's assessment and analysis of the available evidence.